When the accounting manager at a major retail US company received an email from HR regarding harassment training, he trustingly clicked on the link. Had he looked closer, he could’ve caught that the source was only a look-alike address. Consequently, he was spear-phished.

The hackers emailed all company clients and informed them of a banking account change. The emails were then deleted from the “sent” folder. By the time the scam was discovered a month later, $5.1 Million were stolen.

As in the previous crisis of 2008, cyber-crime is on the rise. This time however, hackers are higher in numbers and more refined in techniques. Notably, the emergence of malware-as-a-service offerings on the dark web is giving rise to a class of non-technical hackers who are better at marketing and social engineering skills.

Phishing emails are the most common attack vector and are often the first stage of a multi-stage attack. Most organizations today experience at least one attack a month.

What started as “simple” phishing that fakes banking emails has evolved into three types of attacks that increase in sophistication:

How to Protect Against Phishing?

While there is no magical solution, best practices are multi-level combining advanced technologies with user education:

2. Configuration of email system to highlight emails that originate from outside of the organization

4. Endpoint security: The last line of defense; if the user does click a malicious link or attachment, a good endpoint solution has:

It is not easy to justify extra spending especially with the decrease in IT budgets projected for 2020. It is essential however to have a clear strategy to prioritize action and to involve organization leadership in mitigating the pending threats. 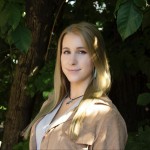